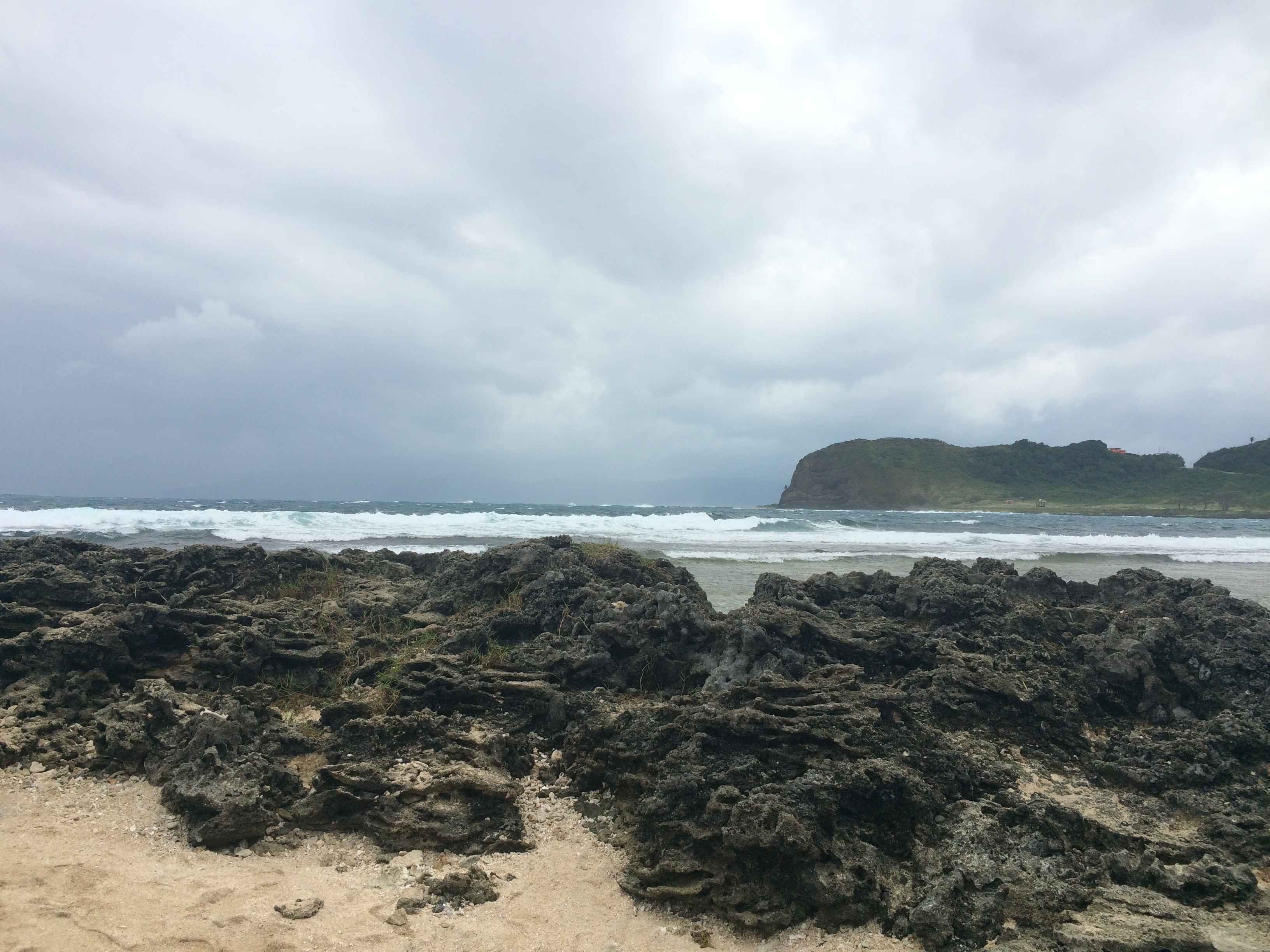 Many people wrestle in dealing with the reality and certainty of death. In our culture that is all about this life, death is a voice that we want to silence in our effort to pursue material wealth to preserve our temporary life on earth. Therefore, if people see death as an opposition to their present happiness, how can we be rescued in this grim reality? Moreover, if you are a person who is afraid to die or to be killed, God says “Don’t fear those who kill the body but are not able to kill the soul; rather, fear him who is able to destroy both soul and body in hell.” (Matt. 10:28 CSB). In any case, probably this is for you depending on how you will respond.

How did God defeat death through death? C. S Lewis in his book- “Miracles”- wrote “Death is… Satan’s great weapon and God’s great weapon: it is holy and unholy; our supreme disgrace and our only hope; the thing Christ came to conquer and the means by which He conquered”.1 It can be a weapon against you or your hope in the things to come.

Historically, Jesus faced and tasted death. According to Biblical Archeology Society, “Tacitus, arguably the best of Roman historians, recorded a “” Christus” who was executed by Pontius Pilate and from whom the Christians derived their name. Tacitus’s brief reference corroborates historical details of Jesus’ death from the New Testament” including- “the time of his death was during Pontius Pilate’s governorship of Judea, during the reign of Tiberius.”.2 The point here is Christ’s death is not a mere fantasy or fairy tale. Jesus actually died on the cross. This historic event can be verified and is provable.

Christ’s Death and Our Death

The reason of Christ’s death is not the same as ours. The disobedience of Adam and Eve in Genesis 3 made a way for sin to enter in humanity. They were deceived by the serpent into believing that if they eat the forbidden fruit, they will be like God (v1-7). But God says that if they eat the fruit of the tree of knowledge of good and evil, they will surely die. The enticement to self-idolatry led them to suffer and to be destined to die. Furthermore, the Bible says in Romans 5:12, “Therefore, just as through one man sin entered the world, and death through sin, and so death spread to all men, because all sinned”. We not only inherit death; we inherit sin because we came from Adam.

Since we all sinned against the holy God, God demands payment for our disobedience. The “wages of sin is death… “(Romans 6:23)”. God demands not just the death of our body, but since God is eternal, eternal death of our souls are also demanded by God to pacify justice as the offended party. Eternal hell is for all those who violated the holy law of God. R. C. Sproul said in his book The Truth of the Cross: “When people violate the laws of men in a serious way, we speak of their actions not merely as misdemeanors but, in the final analysis, as crimes. In the same regard, our actions of rebellion and transgression of the law of God are not seen by Him as mere misdemeanors; rather, they are felonious. They are criminal in their impact. If we take the reality of sin seriously in our lives, we see that we commit crimes against a holy God and against His kingdom. Our crimes are not virtues; they are vices, and any transgression of a holy God is vicious by definition”.3

In short, we rebelled against God by our sin. Just one sin is enough to send us to hell as what James 2:10 tells us “For whoever keeps the whole law but fails in one point has become guilty of all of it.”

The sacrificial death of Jesus Christ is the Father’s will for humanity. He is not just a victim from evil men, but God sovereignly ordained the plan of salvation for sinners. Apostle Peter said to the men of Judea “this Man [Jesus], delivered over by the predetermined plan and foreknowledge of God, you nailed to a cross by the hands of godless men and put Him to death. But God raised Him up again, putting an end to the agony of death, since it was impossible for Him to be held in its power” (Acts 2:23-24).

Maybe you’re thinking that God is loving and forgiving, and you are right. Well, that’s exactly what Christ’s death is for. God is love but He is also just, and justice is good. God will not set aside or overlook one attribute for the other ones. The Son of God was sent not just to live a perfect life for our righteousness, but He also died for God’s satisfaction for the justice that we owe to Him and therefore we can be forgiven by God. 2 Corinthians 5:21 tells us that “He made Him who knew no sin to be sin on our behalf, so that we might become the righteousness of God in Him”. Christ bore our sins as a just payment so that God may forgive us and be reconciled to Him. Jesus Christ rescued sinners from condemnation by pouring out all the wrath of God to Him. He is the suffering servant as Isaiah prophetically wrote:

He was despised and rejected by men, “a man of sorrows and acquainted with grief; and as one from whom men hide their faces he was despised, and we esteemed him not.

Surely he has borne our griefs and carried our sorrows; yet we esteemed him stricken, smitten by God, and afflicted. But he was pierced for our transgressions; he was crushed for our iniquities; upon him was the chastisement that brought us peace, and with his wounds we are healed. All we like sheep have gone astray; we have turned—every one—to his own way; and the Lord has laid on him the iniquity of us all. (Isaiah 53:3-6 ESV).”

Christ’s death on the cross “canceled the record of the charges against us and took it away by nailing it to the cross. ” (Colossians 2:14 NLT). He did not just paid our sins but “Christ redeemed us from the curse of the law by becoming a curse for us—for it is written, “Cursed is everyone who is hanged on a tree”. (Galatians 3:13 ESV). No sacrifice and good works of ours can satisfy the just penalty of our sins to God. In the Old Testament, God requires men to sacrifice day and night for their transgressions of God’s law. But Christ fulfilled once and for all the infinite sacrifice for every law that was violated by sinners. Christ’s death is sufficient and perfect. He drank the last dreg of the cup of wrath which the Father gave to Him. Hebrews 10:14 tells us that “For by one offering He has perfected for all time those who are sanctified.”. Therefore, is either you will die for your sins or someone died for your sins. Ultimately, Christ died for God not because Jesus transgressed the law that He Himself established but to fulfill God’s plan of salvation for sinners.

Finally, the death of Jesus Christ demonstrates God’s law. It does not nullify or void the law of God. The law of God is pure and righteous. It gives us the knowledge of His will. The law is established because God will still punish and condemn those who are unrepentant or those who do not turn away from their sins. The law will still condemn them for their guilt. But for those who believe and put their faith in the death of Jesus Christ, they are acquitted to their sins. Christ absorbed the infinite punishment because He is infinite person and God. In Christ’s death, we also died in our sins. The old self of a person who believe in the death of Christ was also crucified. It tells us that Christ defeated the power of sin and death through His death on the cross. Romans 6:5-7 tells us “For if we have become united with Him in the likeness of His death, certainly we shall also be in the likeness of His resurrection, knowing this, that our old self was crucified with Him, in order that our body of sin might be done away with, so that we would no longer be slaves to sin; for he who has died is freed from sin”.

This is the amazing love that God wants to bestow to us. It is the grace that we don’t deserve. This is the hope that Christianity offers to the world and I hope you may seek, find and possess today.

Unless otherwise specified, all Scriptures are taken from the NASB95.

This post is part of a four-part series on the gospel message. See the link for the other articles below:

Gospel: The Life of Jesus

Gospel: The Resurrection of Jesus