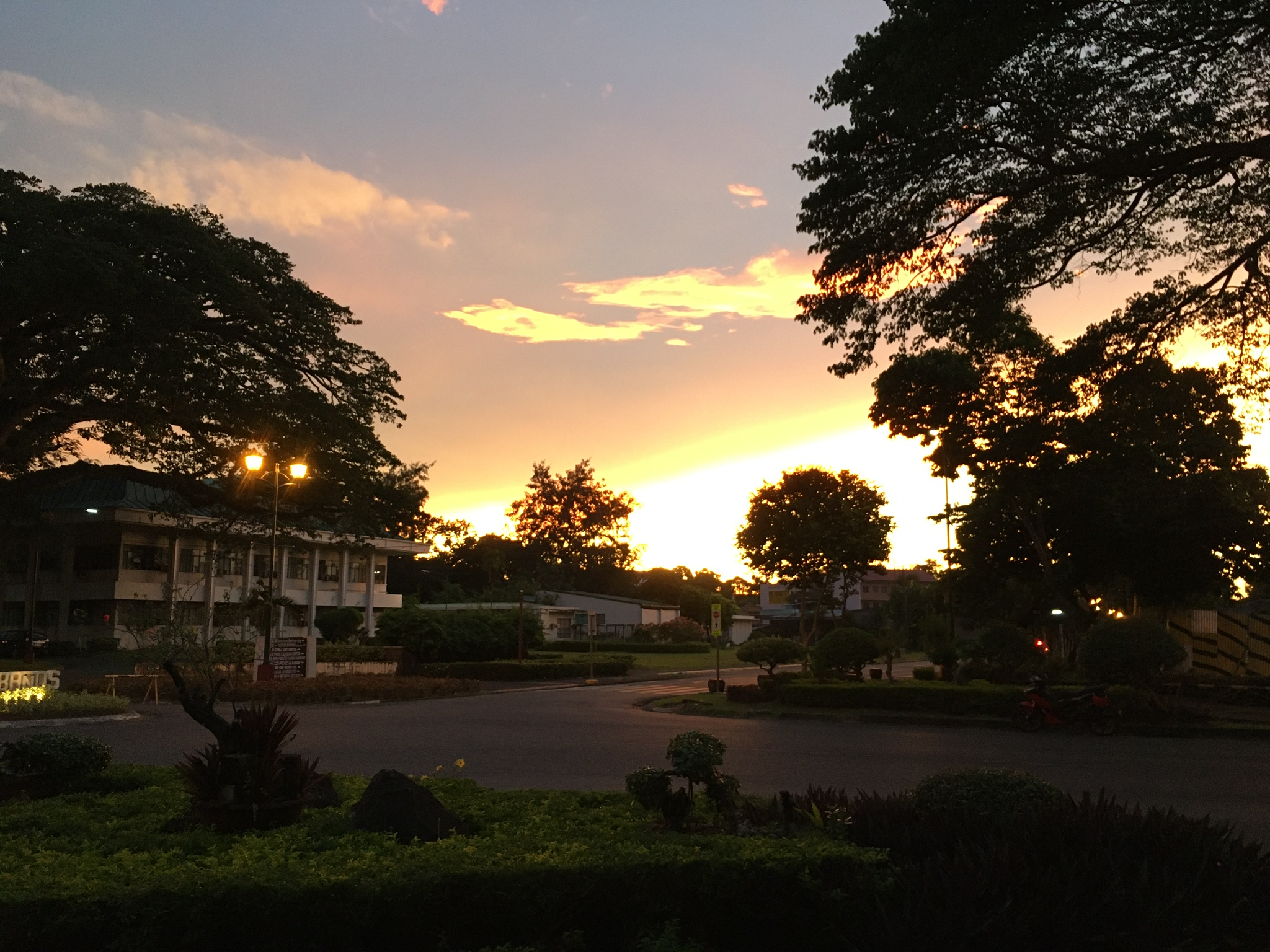 One day, when I was still a student in UPLB, I was approached by a group of people and they started engaging me in a conversation. I vaguely remember the details but I instantly understood that they were trying to share the gospel to me. I then politely said that I am already a Christian. I did not want them to waste their time on me because they could have been evangelizing other students while I had already had my own discipleship group in a campus ministry in UPLB. To my surprise, they continued on engaging me in the conversation. As the conversation went on, I then realized that they were not Evangelicals1. They belong to a different religion which teaches that Christ is not a Person of the Trinity. They were teaching that Christ was a god, but not Jehovah (Yahweh).

Now of course as an Evangelical, I would have easily dismissed them because I believe that the one true God is Trinitarian: one Being in three Persons. The problem was they kept bringing up verses which apparently contradict the doctrine of the Trinity. One verse they brought up is that Christ is the firstborn of creation2. Being the firstborn, they argued, Christ was himself created and therefore could have not been Yahweh himself. I was dumbfounded. They were making sense. At the end, I almost wanted to appeal to tradition. “This is what we were taught!”, I thought to myself. Fast forward to today, I now know how to answer them. But that was a hard lesson for me.

This is a clear example why theology is important to a disciple of Jesus. In this blog post, I’ll share three reasons why we should study theology:

1. Theology equips us in the defense of the faith.

As I have recounted earlier, even though we both read the same Bible (different translations though), we have differing interpretations. He believed Christ is not God, I believe that he is. Of course, we cannot be both right. Either Christ is or not God.

In theology, this discipline is called apologetics and is grounded in the Bible:

“but in your hearts honor Christ the Lord as holy, always being prepared to make a defense to anyone who asks you for a reason for the hope that is in you; yet do it with gentleness and respect,”
1 Peter 3.15

We are commanded to provide a defense for the reason for the hope that we have, both against skeptics and against false religions. In fact, apologetics is what led me to study theology as a whole. As I rededicated my life to Christ (maybe a post for another time), I began to study the Bible deeper and had questions on its reliability. I then read Lee Strobel’s books such as The Case for Faith and The Case for Christ which gave a strong survey of historical and biblical arguments for the New Testament reliability. Later on, I proceeded in reading books which are theological in nature and these acted as supplement to my Bible study.

Apologetics is so important that the apostle Paul listed it as one of the qualifications for ministers.3It is also one of the reasons gifts were given by the Lord to the church.4

In our time, when there is an attack to the nature of truth, when people do not want to offend each other by discussions of truth, it is important that we, as followers of the Truth5, know how to give a sensible and biblical defense for our hope.

One of the lies of our age is that doctrines are not important, that it is confined to intellectual discussion while the layman is concerned with practical living. We loathe sermons that do not have a 1-2-3 structure, and we love it when preachers share practical points, which sometimes are teachings grounded not on the Bible but on their experience. I’ve seen it many times: youth groups preferring gimmicks over biblical exposition, single professionals interested how they can increase their wealth or how they can enter into “biblical” dating without the due diligence of drawing applications from biblical texts.

I’m not trying to say that we should not encourage applications. Far from it. After all we are called to be doers of the word, not just hearers.6But what I’m getting at here is the loss of confidence in the God-breathed Word and a shift of interest in moralistic-therepeutic “preaching”, psychology, gimmicks or whatnot.

Lest I totally drift in the criticism of our time, let me illustrate how careful study of theology is practical.

Suppose a godly man wants to pursue a godly woman, what should he do before laying down his intention? How does he receive a confirmation from the Lord that that certain woman that she likes is God’s will for him? Prayer, of course, is a no-brainer as well as godly counsel. But should he wait for a “still small voice” from the Lord? Or maybe should he wait until he accidentally reads a passage about marriage? But what if he intentionally looks for those passages, wouldn’t that mean that he is manipulating God? On the other hand, after considering her character, should he just go for it and take her permission as God’s answer?

Or suppose a mother becomes sick, how should her daughter pray for her? Should she claim God’s healing since by Christ’s stripes we are healed?7 Should she cast out the sickness since all authority has been given to Christ?8 What if the Lord would not heal her? Should she blame her mother’s lack of faith? Or should she rather appeal to God’s providence that it still depends on God’s purposes whether she would be healed or not?

Or suppose a disciple wants to evangelize a friend, what method should he use? Should he share only God’s love and grace so that the message would be agreeable to his friend? Or should he start by warning him of the coming wrath of God to unbelievers? Should he bring him to a lively church where Sunday services look like musicals? Or should he bring him to a church that preaches plain sermons that exposit the Bible?

Or suppose your love for God is becoming lukewarm that you now live in unrepentant sin. Should you hold on to the sinner’s prayer you uttered when you were in a youth camp and conclude ‘once saved, always saved’? Or should you instead examine if your faith is real9 and is working through love?10

The answers to these questions arise from careful study of the Bible which inevitably involves theology.

The last but the most important reason for me is I see theology as a means of knowing God. There is distinction, I understand, with knowing God personally and knowing things about God. I may know the facts about a certain person, say President Duterte. I know the public aspect of his personality. I know how he reacts to criticisms. I know things about him, but we do not have a personal relationship. Same thing with God. I know things about God: that he is merciful and gracious, slow to anger and abounding in steadfast love and faithfulness11, but in the same breath, a God of justice and wrath. But knowing those attributes does not necessarily imply that I have a personal relationship with God.

But here’s the thing. If I have a personal relationship with God, if I say that I know God, it is inevitable that I also know his attributes. I must also know what pleases him and what he requires of his people. Just like it is absurd for me to claim that I know President Duterte by just observing his demeanor in public, it is also equally nonsensical for me to claim that I know my mother and yet not know when her birthday is, what she likes and what pleases her.

Knowing God is so important that it is the only thing we are allowed to be boastful about. “…let him who boasts boast in this, that he understands and knows me”12Not that we become smug when we are well-versed in theology, but rather our confidence is anchored in the fact that we know and understand God and his ways.

I laid out three reasons why I believe theology, the study of God himself, is essential to a disciple of Jesus. In the current climate of our time, there seems to be a growing interest in theology, maybe a reaction to decades’ resistance to intellectualism in the churches. I am hoping this climate would continue and that more Christians would become serious students of the Word. Let me end with this verse:

“And this is eternal life, that they know you, the only true God, and Jesus Christ whom you have sent.”
John 17.3